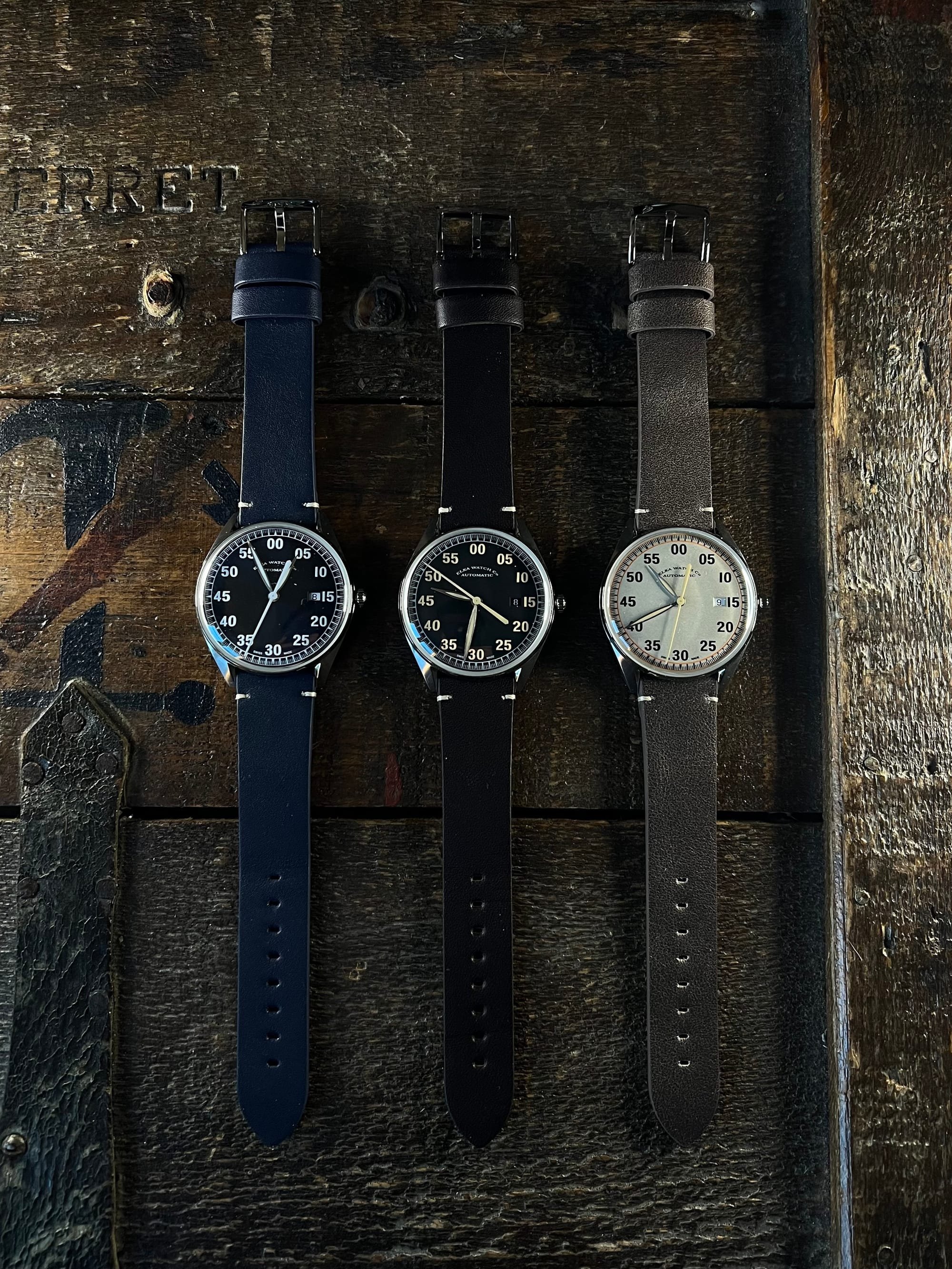 There are dozens of watch-related projects launched on Kickstarter and other crowdfunding platforms every month, with more or less interest. Sometimes, we stumble across something cool, nicely executed and with a captivating background, something like this; Elka Watches. A new brand built on a historic, defunct name, the idea of its founder was to bring back the flair of the 1960s with modernised specifications, attention to details and appealing designs. With two collections under its sleeve, let’s look at the retro-styled models launched by Elka Watches and now available for orders on Kickstarter.Elka Watches, the contemporary brand we’re looking at today, will probably remind some of an old company. Yet, as explained by the brand, “our brand of 2022 has no connection with the defunct Amsterdam brand. We just wanted to pay a tribute to the old Dutch brand with our first 2 models.” About the historic Elka name, it was founded in Amsterdam in 1877 by Eliazer Kiek, inventor of the tactile watch for the blind and watchmaker to Queen Juliana of the Netherlands. It then opened its Swiss branch in La Chaux-de-Fonds but in the mid-1970s, like many other names and under the influence of the quartz watch, the brand disappeared along with Ernst Louis Kiek, grandson and last heir.

Behind Elka Watches is a man named Hakim El Kadiri, an industry veteran who’s worked for Rado and Hamilton as Head of Product Management as well as other positions within the Swatch Group. Hakim, like many during the pandemic, decided it was time for a change and to build something personal, to reinvent himself. The idea of Elka Watches came from the existence of this historic name, but also because “Elka” is actually Hakim El Kadiri’s nickname. Talk about befitting stories…The idea of Hakim is rather simple, and already proven efficient; reviving an old name and creating modern watches with vintage-inspired designs. And we know that when done right, this can lead to pretty appealing watches. “I want to develop a product, a brand that resembles me, a product with a soul, with a story that I am going to look for towards the end of the 1960s and the beginning of the 1970s. A period which for me was the beginning of a new era. The beginning of the design of modernity, everything was allowed without restriction (…) In this period, there was a diversity of forms, of ideas, the creators did not have any restrictions. The basic idea of this time is still present,” he explains.The inspiration behind the two first collections of Elka Watches, the X-Series and D-Series, is that of the simplicity of the 1960s. Utilitarian, long-lasting watches with a certain elegance. The two collections are built around the same case and movement, with only the dials and hands creating the difference – and a rather large difference between the two. The case is steel and measures 41mm in diameter, a tad below 12mm in height and a reasonable 46.50mm from one lug to another. Contemporary dimensions, which are paired with a typical 1960s shape, mixing sleekness and elegance, with a curved profile and tapered lugs. The watch is topped by a chevé sapphire crystal, an ultra-domed, double-curved glass that adds to the vintage charm. The caseback is plain steel with dedicated transfers, and water-resistance is rated at 30 metres.The dials, which are all curved, are rather different depending on the model. The D-Series plays on classic codes of dress watches of the mid-century, with baton markers and hands over a sunray-brushed base available in silver (with gold-coloured accents), dark blue of grey. Sleek, quite elegant and classic. It is actually inspired by a dial created by Ulysse Nardin for the defunct Elka Watch. This more formal version is available either on semi-embossed leather straps or steel mesh bracelets.The X-Series is sportier, bolder and more instrumental – also a bit more original and appealing, at least to us. The inspiration this time comes from a flight instrument created by Heuer for the defunct Elka Watch. The dial has a precision seconds track with large (typical Heuer) double-digit 5-minute markers and leaf-shaped, luminous hands. This dial is available in a very retro beige colour with black accents, in black with tritium-like markers and in a more modern dark blue with white contrasting elements. Being more casual, these versions are available either on cut-edge rough leather straps or colour-matched NATO straps.

One of the best surprises is what ticks inside the case. Unlike many other projects, Elka Watches relies on a well-known manufacturer, La Joux-Perret, benefitting from the Swiss company’s recent movement, the G100 automatic. A strong alternative to ETA and Sellita counterparts, this 4Hz movement brings power with a 68h power reserve (the same movement is used, for instance, in the new Furlan Marri).The Elka Watches X-Series and D-Series are now available for order on Kickstarter, at a price of CHF 999 (whatever the model, the strap or the colour). The future retail price will be CHF 1,490, once the campaign is over. Deliveries of the first examples are scheduled for December 2022. For all the details about Elka Watches and to place an order, please visit kickstarter.com here or www.elkawatch.ch.