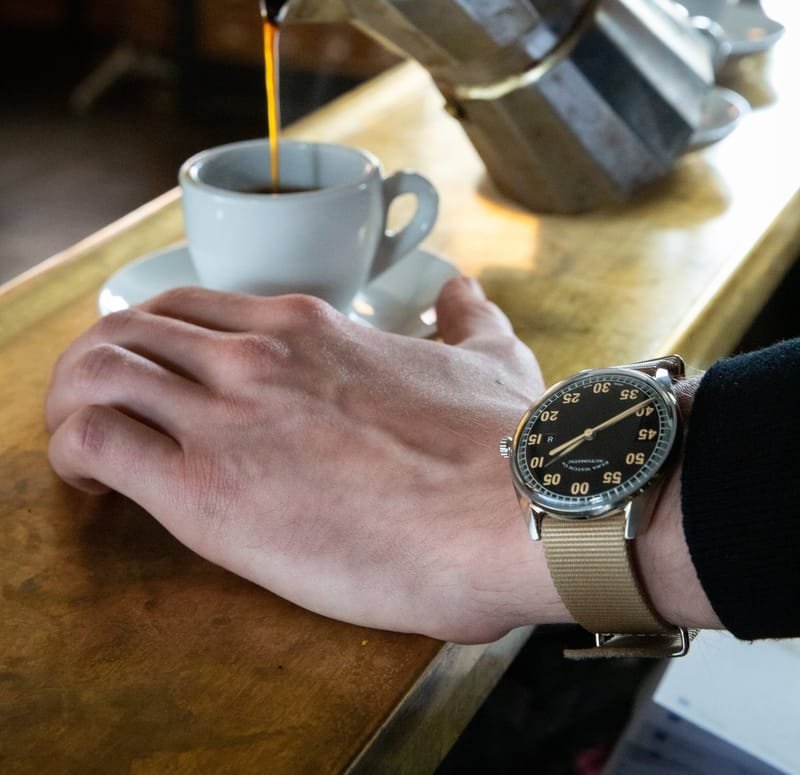 Many people believe that the NATO bracelet is named after the North Atlantic Treaty Organisation (NATO).  Therefore, the common story is that the watch was worn by NATO forces, but this is not technically the case.

In reality, the name is short for NATO Stocking Number, a term that simply refers to the fact that the bracelet could be purchased in the NATO supply shop.

The original NATO bracelet was born in 1973 in response to the British Ministry of Defence's need to provide a highly durable watch strap for the British Army. The MoD's objective was to design a watchband that could cope with all situations. The aim was to overcome the problems encountered with the bracelets of the time: problems with moisture on the leather in tropical climates, the risk of reflection of the steel bracelet during a military mission, the poor reliability of rubber bracelets, and the risk of losing the watch due to the breakage of the spring bars (including those in the buckle).

They were only available in the colour admiral grey and were all 20 millimetres wide. The bracelets were made of nylon.